MAP25: Death Glance is the twenty-fifth map of GothicDM, a deathmatch megawad. It was designed by Daniel Twomey (The Waffle King) and uses the music track "The Unjolly" by Mark Klem. 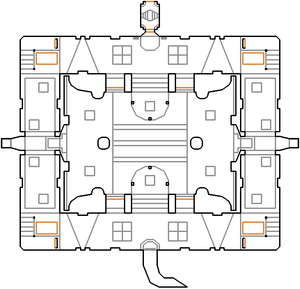 * The vertex count without the effect of node building is 818.