MAP25: Satyun is the twenty-fifth map of 32in24-7, a Capture the Flag megawad. It was designed by Cody Stirm (Butts) and Brett Harrell (Mechadon), and uses the music track "Corrupted Tranquility" by Nick Baker (NiGHTMARE) originally from Crucified Dreams MAP13. 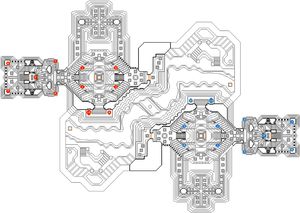 Map of Satyun, cropped to only show the playable area 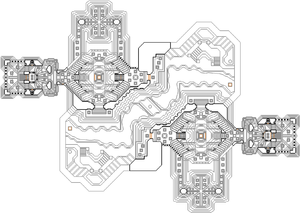 Map of Satyun, cropped to only show the playable area

* The vertex count without the effect of node building is 9580.