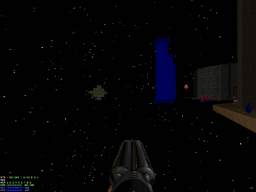 MAP26: Afterlife, designed by Yonatan Donner with some ideas from Haggay Niv, is the twenty-sixth map of Hell Revealed. It is one of a few Doom II levels which make intentional use of ghost monsters, created by having an arch-vile resurrect a monster who has been crushed.

In this mysterious map you'll find yourself floating among the stars. There are two rifts in space near you. Your mission is to go through them and enter their dimensions, and destroy them. After you destroy all the living, the dead will come after you... to kill the ghosts, either make them hit another monsters and that monster can scratch them to death, or use the blast damage of an explosion to make them rest again. Don't be afraid of the dark!

Map of Afterlife
Letters in italics refer to marked spots on the map. Sector, thing, and linedef numbers in boldface are secrets which count toward the end-of-level tally.

In the black void, you will be ambushed by various monsters. There are two buildings, and behind those buildings are rocky ledges. One contains a rocket launcher and some ammo, the other one holds the exit. The two buildings are optional, but if you need supplies, then enter these two buildings. The north building has arch-viles, barons of Hell, and mancubi. If you grab the backpack, two cyberdemons will activate. In the southern building is a chessboard-type setup. If you attempt to grab the super shotgun, you will teleport into the chessboard and will be forced to fight the monsters before the door opens (but you will get the super shotgun anyways though). Now if you want to reach the exit, you must head through two hidden teleporters in the main central area, one in the northeast and one in the southwest - visible as "("-shapes on the map. Each of those will take you to another section of the level.

If you take the southwestern teleport, you will wind up in a marble section with various monsters. Kill them and press on the pentagram wall in the back to lower a teleporter. Take it to go outside the marble temple. Press the switch behind you, and you will lower another teleporter inside the temple, but also release several arch-viles inside. Take any teleporter outside to head back inside, then take the teleporter to the east. Again, press the switch behind you, and you will release several barons of Hell and arch-viles outside of the temple. Return inside and take the southern teleporter (directly in front of you) and again, press the switch behind you. This time you will have to contend with ghost monsters. Finally, take the western teleporter inside and then press the last switch, releasing a myriad of monsters, including a cyberdemon in the center of the interior marble structure. The switch allows you to access the middle void, taking you back to the starting area.

Taking the northeastern teleport takes you to a blue area with loads of various monsters in some sort of T-shaped highway. You need to make a right at the intersection, and enter the pitch black room. Kill the monsters here. Flip the switch in the back behind the inactive cyberdemon, revealing two arch-viles and another switch, and look out for the revenant horde that appears just behind the cyberdemon as well. The next switch activates the cyberdemon, and stepping on his platform raises the bars so you can leave this area.

Once you have entered both side areas, there should be steps leading to both of the rocky ledges behind the buildings at the starting point. You can exit now, but you might want to watch out for ghost monsters being summoned from the sides. The southern rocky ledge has a rocket launcher and some ammo so you can kill the ghost monsters with it, if you desire.

Four (or two on HMP and lower skill levels) arch-viles in the western portion of the map (the ones who create the titular "ghosts") are unreachable and cannot be killed by conventional means, which makes it impossible to attain proper 100% kills in this level. This is not exactly a bug, but more of a design oversight; for instance, Plutonia MAP15, which employs a similar trick, was designed to ensure a proper maxkills playthrough: here hidden arch-viles are killed at the certain point of the level by player-activated crushers.

* The vertex count without the effect of node building is 2442.