MAP26: Argon is the twenty-sixth map of 32in24-5, a deathmatch megawad. It was designed by Elric Sullivan (Fisk) and Blair Cahue (killingblair), and uses the music track "un18.mid," an unused Doom music track composed by Robert Prince. 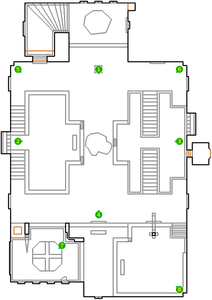 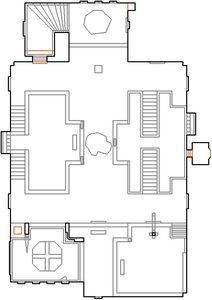 Note: For spawns #1 and #4, the closest weapons are those that belong to other spawn points, with both spawns being the same distance from the super shotguns near spawns #2 and #3. Spawn #1 may also try to take the shotguns of either spawn #5 and #6, or run for the BFG9000. In practice though, this may only be reliable in smaller games: Games with more players will see each individual spawn point see continuous use, and it will be difficult for these players to reach a weapon before being knocked out by others.

A tall red firestick (Thing 39) in the southwesternmost corner has no flags set for any of the three difficulty classes, so it does not actually appear in the level.