MAP26: Beneath a Festering Moon (BTSX-E2)

MAP26: Beneath a Festering Moon is the twenty-sixth and final proper level of the second episode of Back to Saturn X. It was designed by Xaser Acheron, who also composed the music track, "Angry Science." In the official add-on version, this level's name is Angry Science, taken from its track title.

Beneath a Festering Moon was featured in Doomworld's Top 100 Most Memorable Maps, placing 19th. 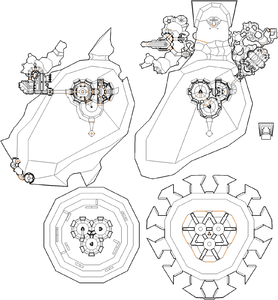 Map of Beneath a Festering Moon
Letters in italics refer to marked spots on the map. Sector, thing, and linedef numbers in boldface are secrets which count toward the end-of-level tally.

* The vertex count without the effect of node building is 6470.