MAP26: The Courtyard is the twenty-sixth map of Doomworld Mega Project 2014. It was designed by ChaingunnerX and uses the music track "Sign of Evil," originally composed by Robert Prince for Doom. 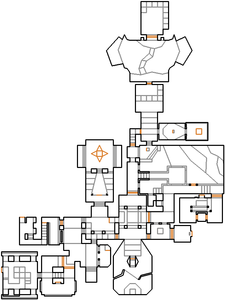