MAP26: Welcome to the Limit is the twenty-sixth map of 100LineN. It was designed by Walter Confalonieri (daimon) and uses the music track "Black Mages Twist Mix", a remix by CorazonAzulXX of the Final Fantasy VI boss battle theme composed by Nobuo Uematsu, based on the album version by The Black Mages. 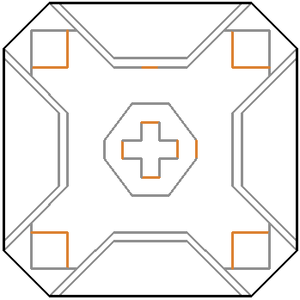 Map of Welcome to the Limit
Letters in italics refer to marked spots on the map. Sector, thing, and linedef numbers in boldface are secrets which count toward the end-of-level tally.