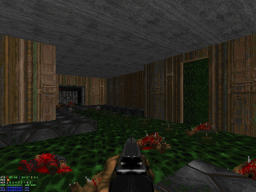 MAP27: Cyberpunk, designed by Haggay Niv with miscellaneous editing by Yonatan Donner, is the twenty-seventh map of Hell Revealed. It uses the music track "Excalibur" from Rise of the Triad.

(This level took three months, because Haggay never had time to do it. The main reason was that he had to be hospitalized after the first month, before of my reaction to the news that "it's not finished yet". It's the last level done for Hell Revealed)

This level is a combination of technology and hell. Haggay made it entirely to glorify his name. I personally enjoy playing it to ruin his name. 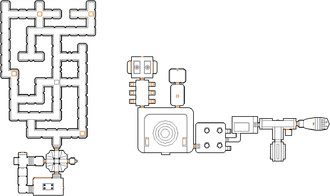 Map of Cyberpunk
Letters in italics refer to marked spots on the map. Sector, thing, and linedef numbers in boldface are secrets which count toward the end-of-level tally.

Your starting area has several radiation suits, so grab one and cross the nukage ahead, looking out for chaingunners. If you need another weapon, turn right at the fork, but just to the right of the door, open the wall for a super shotgun and some supplies. Now open the nearby door. Flipping the switch opens the door on the left path, but also opens a wall where imps will repeatedly teleport in. Go through the left door, killing two arachnotrons, and kill the spider mastermind in the next room (you may need to go back to the start to get another radiation suit if necessary). Then go to the door in the southwest on the stairs. In the next room, a rocket launcher is in the blood pit, as well as a load of zombiemen (shotgun guys on Ultra-Violence or higher) which spell out Haggay Niv's initials. On the higher ledge in this room are two doors leading north. Take the one on the left first. You will see several caged cyberdemons in this next room, but you cannot activate them yet. Enter the next room and get rid of the arch-viles on the side walls, then flip the switch on the back wall. As you return to the previous room, the cyberdemons awaken and teleport away. Go back to the blood pit room and then take the right door, where you will confront several barons of Hell and a teleporter. Since you do not have the yellow key for the door up ahead, enter the teleporter.

When you teleport, you will end up in a computerized maze. All of the cyberdemons have teleported here as well. Your first order of business is to take the door just south of where you teleport. In the next room, hit the satyr switch on the left wall, then return to the previous room. Open the northern door, and you now have to navigate your way through the large maze. Your goal is to reach the northeastern corner of the maze, which holds the switch for lowering the barrier to the yellow key. When you press it, return to the room you teleported into again and then take the west door, where you can climb the steps and take the key to the right. As you are doing this, be mindful of the cyberdemons wandering in the maze. There are lots of supplies in the maze if you need them. When you get the key, go back to the same room again and then take the east door to teleport out. Now that you have the yellow key, open the yellow door straight ahead, and take out the cyberdemon guarding the exit switch.

* The vertex count without the effect of node building is 2416.