MAP27: Monster Condo is the twenty-seventh map of Doom 2 In Name Only. It was designed by Joseph Lord. The par time defined in MAPINFO is 7:00. 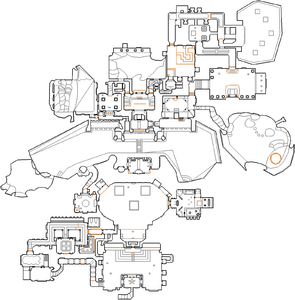 * The vertex count without the effect of node building is 4940.