MAP27: Monstruo condominio is the twenty-seventh map of Doom 2 in Spain Only. It was designed by Richard Frei (Tarnsman) and Justin Kelly (Breezeep) (credited as Drug Shuttle), and uses the music track "Los muertos locos," composed by James Paddock (Jimmy) under the alias of Ricky Martin. The par time defined in MAPINFO is 5:30. 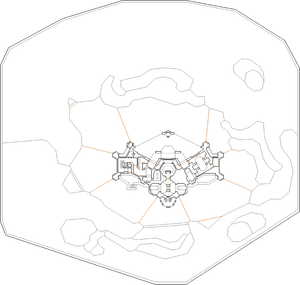 Map of Monstruo condominio
Letters in italics refer to marked spots on the map. Sector, thing, and linedef numbers in boldface are secrets which count toward the end-of-level tally.