MAP28: Tapioca Frank's Dwango 12 Camp Festival is the twenty-eighth map of 32in24 III, a 1v1 deathmatch megawad. It was designed by Nautilus and uses the music track "Dance Party Theme," composed by an unknown author. 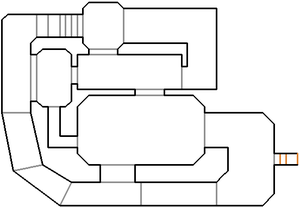 * The vertex count without the effect of node building is 103.