MAP28: The Antaropolis is the twenty-eighth map of Struggle. It was designed by Seongbae Park (antares031) and uses the music track "The Day of Defeat" composed by Maxime Tondreau (Psychedelic Eyeball). The par time defined in MAPINFO is 27:30.

For players with framerate issues on this level, a simplified version is included in a separate file, STRG_M28.wad. 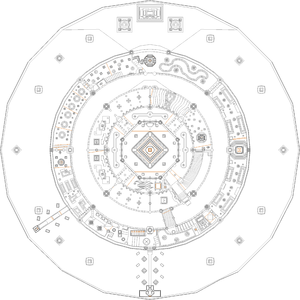 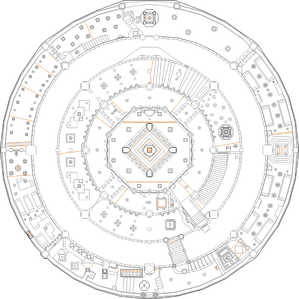 Map of The Antaropolis (simplified)
Letters in italics refer to marked spots on the map. Sector, thing, and linedef numbers in boldface are secrets which count toward the end-of-level tally.

* The italic rows show the numbers in the simplified version.