MAP29: Choices is the twenty-ninth map of Mars War. It was designed by Nathan Lineback and uses a MIDI or MOD rendition of the theme of level 6 from Blaster Master by Naoki Kodaka, sequenced by Daryl. 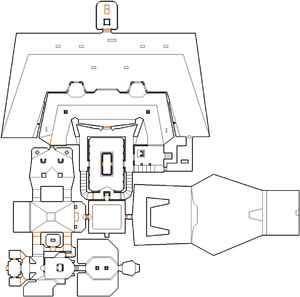 Map of Choices
Letters in italics refer to marked spots on the map. Sector, thing, and linedef numbers in boldface are secrets which count toward the end-of-level tally.