MAP29: Go Fuck Yourself is the twenty-ninth map of Sunlust. It was designed by Zachary Stephens (Ribbiks) and uses the music track "Max Man" from the game Streets of Rage 2, sequenced by José Felix.

Go Fuck Yourself was featured in Doomworld's Top 100 Most Memorable Maps, placing 11th. 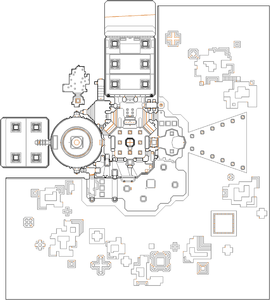 Map of Go Fuck Yourself
Letters in italics refer to marked spots on the map. Sector numbers in boldface are secrets which count toward the end-of-level tally.

* The vertex count without the effect of node building is 8125.

"[R:] An extremely difficult map, possibly the hardest in the set. Probably one of my favorite levels I've made, lots of cool encounters. On UV you'll understand the title within 30 seconds."
― sunlust_extra_info.txt