MAP29: Nightmare's Requiem is the twenty-ninth map of Hellcore. It was designed by Devon West (Darkfyre) and uses the music track "". 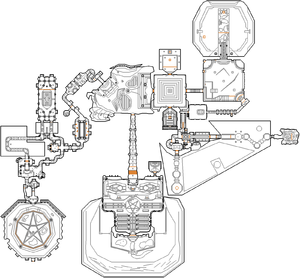 Only 80% secrets is possible on this map due to Secret #4 being unobtainable without cheating.

* The vertex count without the effect of node building is 13339.