MAP30: Extinction Burst is the thirtieth and final map of Three's a Crowd. It was designed by Scypek2 and uses the music track "". 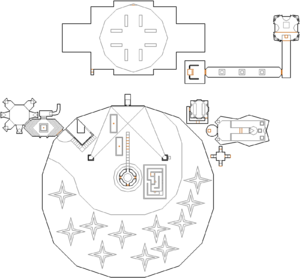 Map of Extinction Burst
Letters in italics refer to marked spots on the map. Sector, thing, and linedef numbers in boldface are secrets which count toward the end-of-level tally.

A revenant (Thing 570) in the exposed brain of the final boss has no flags set for any of the three difficulty classes, so it does not actually appear in the level. 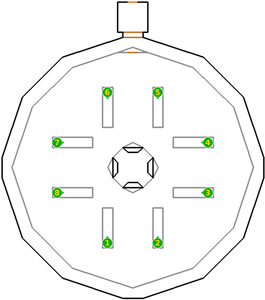