MAP30: GASTERISK is the thirtieth map of 32in24-16, a Capture the Flag megawad. It was designed by Xaser Acheron and uses the music track gasterisk.mid, a modified MIDI arrangement of "Gaster's Theme" by Toby Fox (from Undertale), sequenced by Xaser. 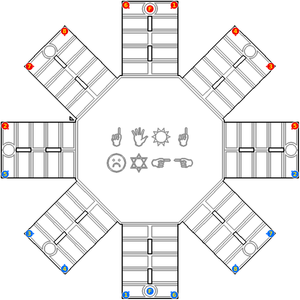 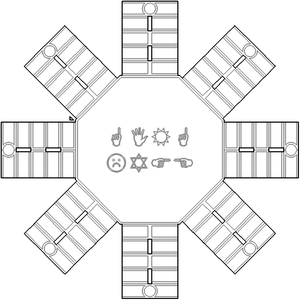 * The vertex count without the effect of node building is 1436.

The name and the music of this map are a reference to W. D. Gaster, a mysterious side character from the game Undertale. The center area of the map contains eight symbols from the Wingdings font, which in Undertale is associated with Gaster. The symbols spell out the nonsense text "GIRGLYFE".