MAP30: Into the Unknown (NOVA III)

MAP30: Into the Unknown is the thirtieth and final map of NOVA III. It was designed by Tristan Clark (Eris Falling), Paul977 and Alex Scott (Scotty), and uses the music track "Last Man Standing (Sacraficial Symphony)" [sic], originally composed by Kristian Aro (Nebula) for Whispers of Satan. 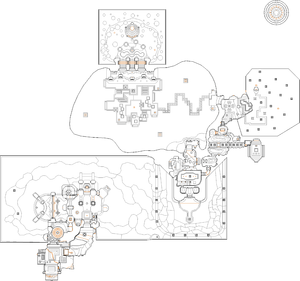 Map of Into the Unknown
Letters in italics refer to marked spots on the map. Sector numbers in boldface are secrets which count toward the end-of-level tally.

* The vertex count without the effect of node building is 16810.