MAP30: Temple of Lost Souls is the thirtieth and final map of Cleimos 2. It was designed by Rand and Steven Phares. 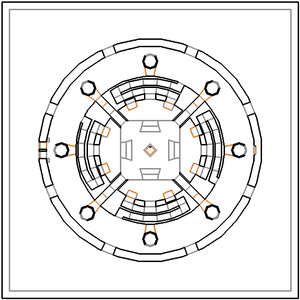 Map of Temple of Lost Souls
Letters in italics refer to marked spots on the map. Sector numbers in boldface are secrets which count toward the end-of-level tally.

As this level does not contain secrets, the NM100S category is redundant.