MAP31: Acid Place is the thirty-first map of 32 in 24, a deathmatch megawad. It was designed by crisandwitch and uses the music track " ".

It was the author's second map for the project, following Napoleon Complex. Overall it was the thirty-sixth map to be submitted, and was actually posted in the project's forum thread three minutes after the 24-hour mark had passed, though project leader Shaikoten had not yet called time. According to the author, this map took about one hour to build. 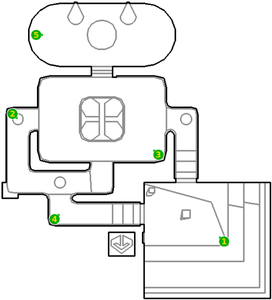 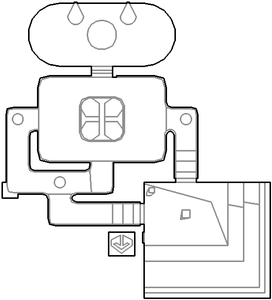 Acid Place is a small map that has a playable area that fits within a 1372x1476 unit square. It is named for the two rooms in the north of the map, which feature a non-damaging brown liquid floor. The main acid room contains a rocket launcher at its centre, as well as some shell boxes in two of the corners. This room connects to another acid room to the north, which contains a plasma gun.

A short network of hallways connects the acid rooms to the small outdoor area in the south-east. The eastern hallway goes straight to this area, while the western and southern hallways join together to form a more elaborate shape, where in the south-west corner, players can find a super shotgun. The outdoor area contains a green armor and a small supply of ammo, as well as a single exploding barrel that may help to deal some additional damage.