MAP31: Manufacturing Plant is the first secret map of Japanese Community Project. It was designed by Masayan and uses the music track "At Doom's Gate" remix by unknown. The par time defined in MAPINFO is 2:00. 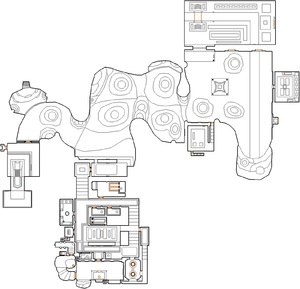 Once inside the hangar locked by the yellow key, look through the gap between the walls of terminals and you'll spot a switch. Shoot this to open the bars to the secret exit, as well as unleash a cloud of cacodemons.

* The vertex count without the effect of node building is 2977.