MAP31: Naval Skeletal Battle + is the thirty-first map of 32in24-16, a Capture the Flag megawad. It was designed by Gothic and Michael Fraize (Marcaek), and uses the music track "". 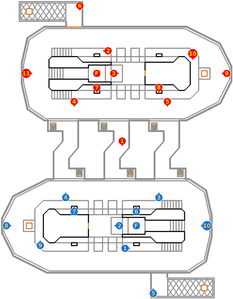 Map of Naval Skeletal Battle +, cropped to only show the playable area 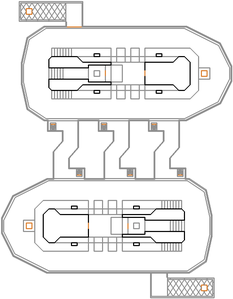 Map of Naval Skeletal Battle +, cropped to only show the playable area

Team Red has one spawn point more than Team Blue, on a bridge between red and blue areas, so the map is not symmetrical.

* The vertex count without the effect of node building is 950.