MAP31: Steel Mill Zone is the first secret map of Plutonia Revisited Community Project 2. It was designed by Josh Sealy (Joshy) and uses the music track "Soulsweeper," originally composed by TrialD and Cammy for the TNT: Evilution MIDI Pack. 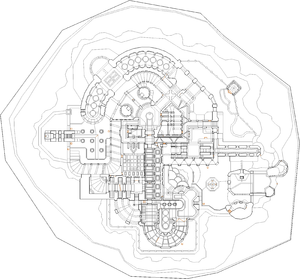 Map of Steel Mill Zone
Letters in italics refer to marked spots on the map. Sector, thing, and linedef numbers in boldface are secrets which count toward the end-of-level tally.

The (absence of) data was last verified in its entirety on November 25, 2022.

* The vertex count without the effect of node building is 8804.