MAP32: Finale is the thirty-second map of Daedalus: Alien Defense. It was designed by Ty Halderman and uses the music track MM_03.MID by Rich Nagel. 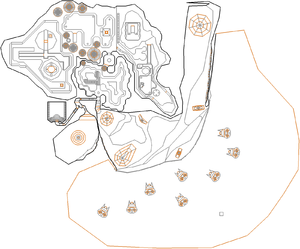 Map of Finale
Letters in italics refer to marked spots on the map. Sector, thing, and linedef numbers in boldface are secrets which count toward the end-of-level tally.

* The vertex count without the effect of node building is 3524.

The new monsters, and the final battle, were introduced relatively late in the development process, some time after the open beta-testing had been closed.