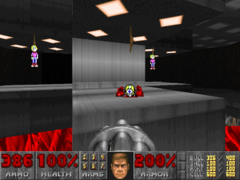 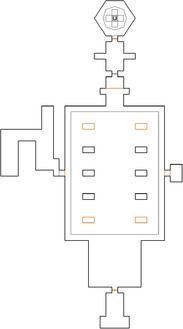 Map of Grosse
Letters in italics refer to marked spots on the map. Sector, thing, and linedef numbers in boldface are secrets which count toward the end-of-level tally.

For a Compet-n contest held in February 2001[1], a mirrored upside-down version of Grosse called Essorg was created. "Essorg" is "Grosse" written backwards.