MAP32: Spider Web is the second secret map of Vile Flesh. It was designed by Gwyn Williams, who also composed the level's untitled music track. 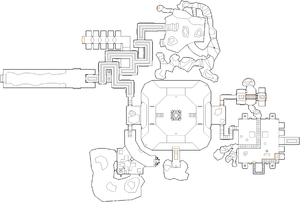 Map of Spider Web
Letters in italics refer to marked spots on the map. Sector, thing, and linedef numbers in boldface are secrets which count toward the end-of-level tally.

Only 83% of items is possible on this map, as a deathmatch portion of the level is inaccessible and contains several items that count towards the item total. See the table below. 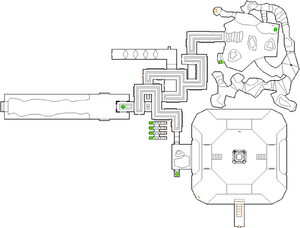 * The vertex count without the effect of node building is 4352.