MAP32: The Citadel is the super-secret map of Community Chest. It was designed by Gene Bird, and was originally released standalone as part of his Blind Alley series.

Completing this level takes the player to MAP16: Methods of Fear. 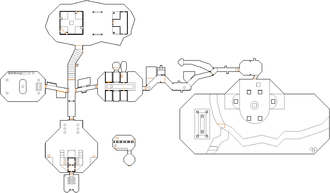 * The vertex count without the effect of node building is 1212.