MAP32: Well of Wishes is the super secret map of Doom 2 the Way id Did. It was designed by Xaser and uses the music track "You've Got to Eat Your Vegetables!!" from the fourth episode of the Commander Keen series. The par time defined in the DEHACKED lump is 1:45. 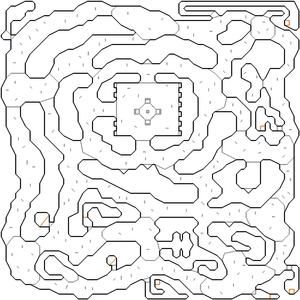 Map of Well of Wishes
Letters in italics refer to marked spots on the map. Sector, thing, and linedef numbers in boldface are secrets which count toward the end-of-level tally.