MAP33: Limbo Dancing is the thirty-third map of Greenwar II, a deathmatch megawad. It was designed by Jason Root (Hellbent) and Cybershark, and uses the music track "". 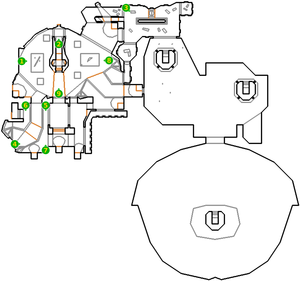 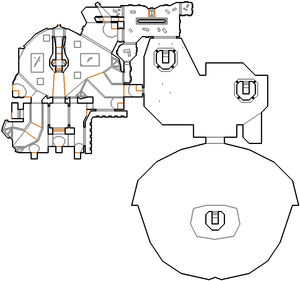 Two sets of 4 shotgun shells (Things 6 and 49) have no flags set for any of the three difficulty classes, so they do not actually appear in the level.

* The vertex count without the effect of node building is 1124.