MAP39: Death will Greet You Like an Old Friend (Doomworld Mega Project 2016)

MAP39: Death will Greet You Like an Old Friend is the thirty-ninth map of Doomworld Mega Project 2016. It was designed by Voltcom9 and uses the music track "Waiting for Romero to Play," originally composed by Robert Prince for Doom II. The par time defined in MAPINFO is 10 seconds. 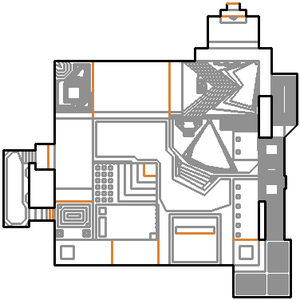 Map of Death will Greet You Like an Old Friend
Letters in italics refer to marked spots on the map. Sector, thing, and linedef numbers in boldface are secrets which count toward the end-of-level tally.