MAP42: GJUNX is the forty-second map of Doomworld Mega Project 2017. It was designed by RaphaelMode and uses the music tracks "dfd7" and "Demetria," both composed by Zachary Stephens (Ribbiks), and "Scary-Go-Round," composed by James Paddock (Jimmy). The par time defined in MAPINFO is 15:00. 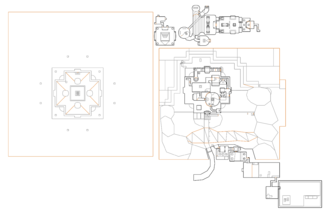 Map of GJUNX
Letters in italics refer to marked spots on the map. Sector numbers in boldface are secrets which count toward the end-of-level tally.