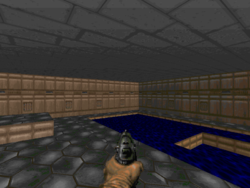 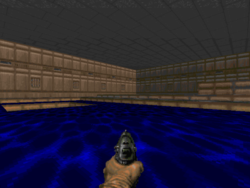 Self-referencing sectors can also be used to create crushers that deal much more damage than a normal crusher, since crusher damage is cumulative between contacted crushers. The technique used to do so will not work in ZDoom-derived ports like GZDoom or Zandronum.