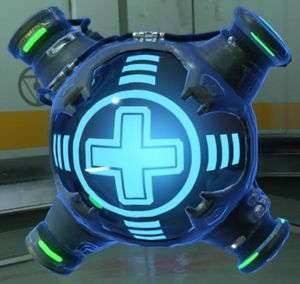 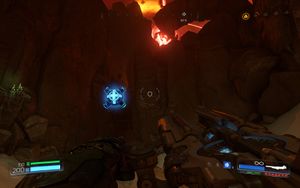 A mega health in Argent D'Nur.
For other versions of this item, see:

In the classic levels, supercharges will behave like mega health pickups when collected. This makes them functionally identical to Doom II's megasphere.