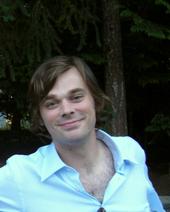 While working on Memento Mori with his brother Dario, Milo met several members of TeamTNT, and eventually joined the group. He designed one level for TNT: Evilution, then created half of the levels in The Plutonia Experiment. He has not worked with TeamTNT since Final Doom was published.

Milo has remained active in videogame development as a level designer.

Milo and his brother Dario are the sons of Love Is... cartoonist Kim Casali. Milo's birth in 1977 caused minor controversy as he was conceived via artificial insemination using the preserved sperm of his deceased father Roberto Casali. Described as a "miracle baby" by some of the press[1], the action was at the time condemned as morally wrong by Vatican newspaper L'Osservatore Romano [2], since the Catholic church opposes artificial insemination.