OPL emulation is a feature of some source ports used for playback of MUS and MIDI music.

MIDI music can be seen as sheet music for the computers, contrarily to PCM formats such as WAV which render the same on any compliant platform, MIDI renditions depend on their interpretation by the synthesizer and two different platforms will produce very different outputs.

In the nineties, most home PCs were equipped with Creative Labs Sound Blaster cards, which used the Yamaha "FM Operator Type-L" chips for MIDI synthesis. For many gamers, this chip's sound remains associated to the games of the era, including Doom and its derivatives, however modern computers generally use instead their operating system's software synthesizer, typically relying on a soundfont. The differences in rendering will make it sound "wrong" for people accustomed to the Sound Blaster output.

Note that this is a very subjective domain; OPL rendition of the Doom sound track is not more authentic or accurate. The Doom tracks themselves were composed on a Roland SCC-1, but id Software tried to make sure they would sound as good as possible on the two most popular gaming sound cards of the time, the Sound Blaster and Gravis Ultrasound families, through the GENMIDI and DMXGUS lumps. The variety of available MIDI hardware in the era meant that it was common for games to be issued with several different versions of their soundtracks (AdLib/Sound Blaster, GUS, MT-32, MPU-401, and so on), something which Doom mostly avoided by instead providing these control lumps that would adapt the hardware to the songs. There is, however, one song that has an OPL-specific variant, D_INTRO(A). 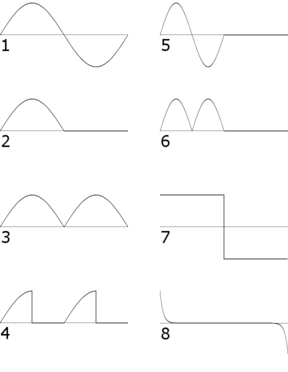 The OPL family started with the Yamaha YM3526, which only featured a sine waveform. It was succeeded by the Yamaha YM3812, or OPL2, which added three additional waveform and was used in AdLib and Sound Blaster cards. A cheaper, more limited version known as OPLL (Yamaha YM2413) was derived from the OPL2, but did not find its way to PC soundcards. The Yamaha YMF262 chip, or OPL3, adding four additional waveforms, was the next OPL chip to be used in PC soundcards. Finally, the OPL4 was backward-compatible with the OPL3, but added sample-based synthesis in addition to FM synthesis.

Stereo was introduced by dual OPL2 cards. There, one OPL2 core was used for sounds on the left, the other for sounds on the right. Sending instructions to both cores at once resulted in center sounds. The OPL3 core was the first to properly support stereo in the chip itself (though again limited to three panning positions of left, right, and center); but the need for backward compatibility meant that by default, it emulated a mono OPL2 setup, and a specific instruction had to be sent to set it in OPL3 mode proper.

Waveforms are then combined either by simple addition of the output of both operators, or by using the waveform from one operator to modulate the phase of the waveform from the second. The FM method is the one that offers the broadest range of possibilities. OPL3 chips can combine two channels to turn them into a single channel with four operators, greatly increasing the possible combinations of addition and frequency modulation available for each sound.

A number of OPL emulators exist. Here is a non-exhaustive list:

Music players may integrate one or more of these. For example, AdPlug features both the ADLIBEMU and the MAME FMOPL emulators, while foobar2000's MIDI component includes EMU de MIDI.