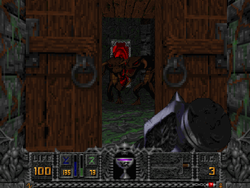 A polyobject is a movable group of one-sided linedefs. This extension of the Doom engine was originally implemented in Hexen by programmer Ben Gokey of Raven Software. They were added to the game engine in order to give Raven's mappers a much more vast palette of doors, machinery, crushing traps, and secret push walls than was previously achievable, somewhat closing the gap with more modern engines. 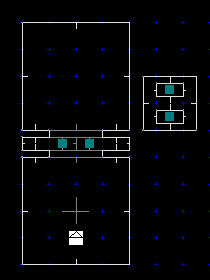 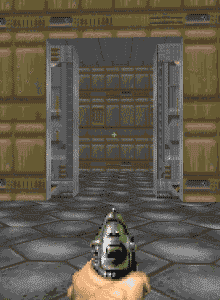 Polyobj_ExplicitLine allows the rendering order of each individual line of a polyobject to be defined by the map designer, at the expense of not being able to place other special actions on the polyobject's lines. This allows the visual glitches that may appear with non-convex shapes to be cleaned up.

Since the original Raven polyobject system left much to be desired with its restrictions of one polyobject per subsector, no intersections with static geometry, and difficulties wherever polyobjects were crossed by node lines, source port authors eventually sought more robust solutions to the problem.

Sonic Robo Blast 2 and k8vavoom allow polyobjects to exist as three-dimensional objects with a top and bottom flat.