References to the Doom series in Doom 2016 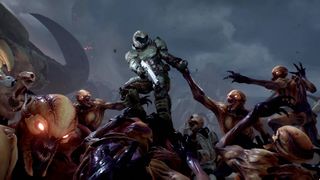 The new Doom ends with an homage to the classic in the form of this cover art allusion.

The 2016 Doom game contains numerous references, many in the form of Easter eggs, to the classic Doom and Doom 3 series, as well as expanded universe material such as the Doom comic and Doom movie. 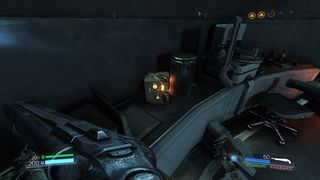 A number of achievements in the game make reference to Doom games or related material: 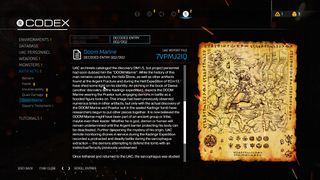 The Book of Daeva alludes to the original Doom cover art.

BFG
The codex entry for the BFG begins with the phrase, "Witness the BFG-9000," another passing reference to the Doom comic, where the protagonist utters a similar phrase when he finally discovers the weapon.
Doom Marine
The second entry for the Doom marine includes a picture of a page taken from a book found in Hell known as the Book of Daeva. The picture resembles the original cover art as illustrated by Don Ivan Punchatz, featuring the same type of demon in similar positions, and the protagonist in a likewise similar pose in the midst of them.
Spider Mastermind
The codex entry for the Spider Mastermind states that the Aranea Imperatrix was referenced prominently in a vade mecum found in the crypt of a destroyed tower in Hell, which the UAC dubbed "PL E2M8". This is a reference to E2M8: Tower of Babel. 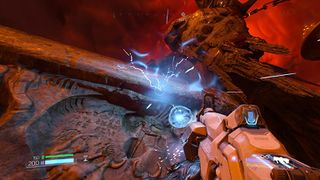 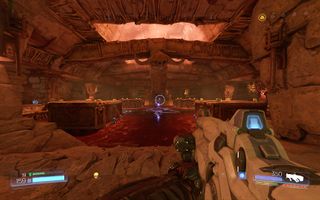 An homage to Dead Simple in the Necropolis.

Several entire levels from Doom and Doom II are recreated for the game as secret bonus content. Each one is unlocked by finding small fragments of the levels which are scattered throughout the main single-player campaign and require pulling sometimes well-hidden levers.