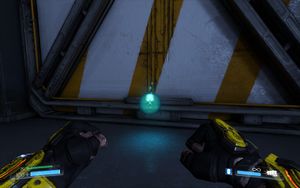 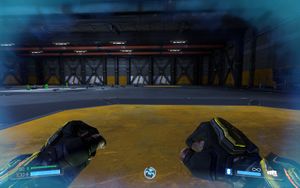 The visual effects of regeneration.

Regeneration is a power-up item which occurs in Doom (2016)'s multiplayer and SnapMap modes and causes a player's health and armor to increase over time. Like other similar power-ups, it appears as an orb with a faint skull inside, with the sphere being a light blue shade in this instance.

"Regeneration restores the player's health over time. Does not cause immortality."
― SnapMap description

While active, regeneration will gradually refill both the player's health and armor points until they reach maximum. The effect lasts for a total of 40 seconds, making it the longest lasting power-up in the game. When taken in SnapMap, the player's view is slightly obscured by a wavy blue haze and a constant medium-high tone can be heard while it is active.

As there is no invulnerability item available in SnapMap, regeneration tends to make the best equivalent. Though it indeed does not grant immortality as mentioned in its description, it does make a player quite difficult to kill - a hit must do enough damage to totally drain current armor and health in order to break through the effect.