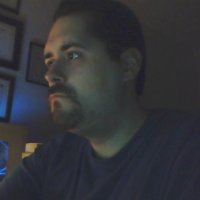 Samuel "Kaiser" Villarreal is a programmer and Doom level designer best known for his work on the Doom 64: Absolution total conversion, the DSV megawads, the Kaiser series, and the SvStrife and Doom64 EX source ports. Formerly known as "Deathman," Kaiser is a veteran Doom level designer who has been creating Doom content since 1997 and has contributed to projects such as Community Chest, Community Chest 2 and Plutonia 2. He has also created some of the very first Strife PWADs and contributed the KSSC tool to create Strife scripts. Kaiser has also been the first Doomer to successfully edit and hack Doom for the Atari Jaguar, Game Boy Advance, Nintendo 64, and Sony PlayStation platforms by extracting data and implementing custom data, including levels.

Aside from Doom mapping, Kaiser has also created custom levels for other games like Unreal Tournament, Serious Sam, the Quake series, Doom 3, and F.E.A.R., and contributed three levels for the Doom 3 Last Man Standing mod. Kaiser previously worked at TimeGate Studios as a level designer; his first released product with the company was the F.E.A.R. expansion pack, Perseus Mandate. He currently works as a programmer for Nightdive Studios.

At the Cacowards in 2013, Kaiser was the first recipient of the Espi Award for Lifetime Achievement.