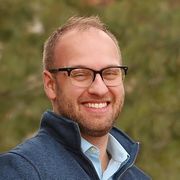 Stephen Browning (alias Scuba Steve, formerly Ray Stantz) is a game designer most known for creating the Doom II total conversion series Action Doom. He has also made significant sprite and graphic contributions to many community projects. In 2004, he created the Cacowards hosted on Doomworld that annually recognize the best community mods. From 2004 through 2010, he wrote and organized the ceremony for publication on Doom's birthday of December 10th.