The Enemy Inside is a single-level PWAD for Doom II that came out in 1995. It was created by Christen Klie. It was initially submitted for inclusion in Master Levels for Doom II, but was rejected. 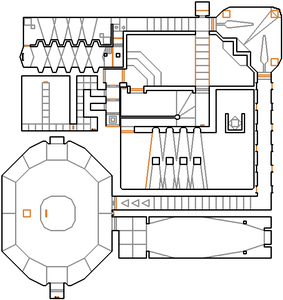 Map of The Enemy Inside
Letters in italics refer to marked spots on the map. Sector numbers in boldface are secrets which count toward the end-of-level tally.

* The vertex count without the effect of node building is 912.