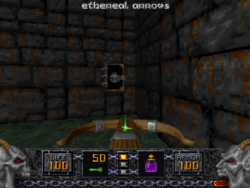 Tome of Power in E1M2: The Dungeons. 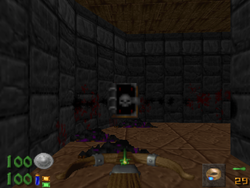 Disciples of D'Sparil have a chance of dropping Tomes of Power when slain.

In the IWADs the tome of power is first encountered on these maps per skill level:

The IWADs contain the following numbers of tomes of power per skill level: