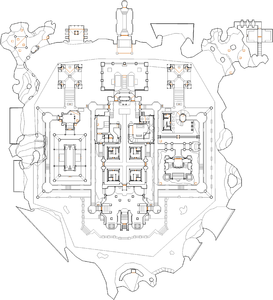 * The vertex count without the effect of node building is 6690.