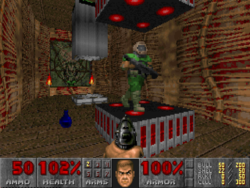 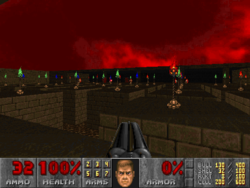 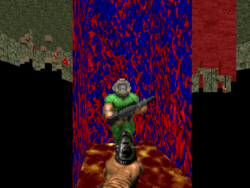 An example of this can be found on TNT: Evilution MAP30. At the start of this level, the player must navigate a path across a grid of platforms. Walking onto the wrong platform causes the player to teleport over a voodoo doll and telefrag themselves.