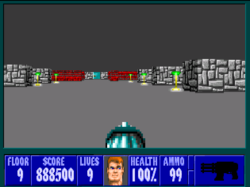 Wolfenstein 3D (also written Wolfenstein 3-D) is a first-person shooter created by id Software and published by Apogee Software on May 5, 1992. It involves the adventures of an Allied soldier, B.J. Blazkowicz, fighting his way through a series of Nazi dungeons during World War II. It owes much of its success to an aggressive shareware marketing campaign which was later repeated with even greater success for Doom. It also spawned a commercial prequel, Spear of Destiny, which used the same engine. Since then several Wolfenstein games have been made on newer tech. 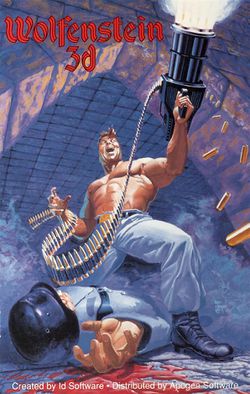